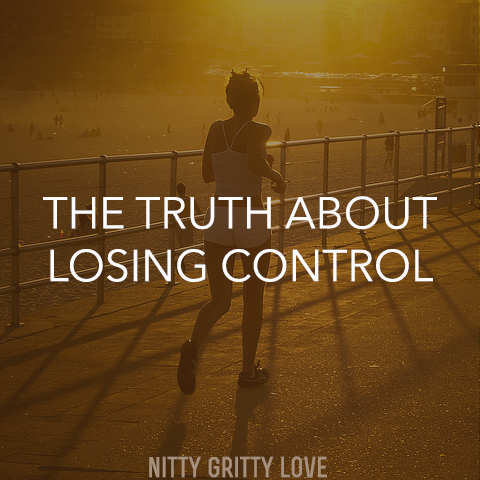 My one-year scan is coming up in a little over two months, and as it creeps closer, reality sets in. Some days I don’t even think about what happened last October, and it’s as if it never happened. But other days I sit and worry, count down the days until my scan, and materialize symptoms of the tumor coming back.

A thousand thoughts go through my head. I wonder why my hormones still haven’t gone back to normal, if they ever will, if I’ll ever be able to have kids, if I’ll ever feel completely normal again.

Our best attempts at control

I want so badly to have control over these things. I try to eat healthy. I exercise. I get plenty of sleep. I do my best to remain positive. I try not to let my stress get out of hand.

Yet, in the end, I have little to no control over what will happen next. In the end, I’m beyond tired. All. The. Time. I feel stressed. I’m discouraged. I get headaches. My hormones are completely out of whack. I’m moody, annoying, and grouchy at times.

The effort I’m putting doesn’t feel like it’s coming back, and it’s beyond disappointing.

But maybe it’s OK. Maybe this helplessness is creating perseverance. It’s teaching me to keep at it, even when I want to give up, live on Top Ramen and Brownies, and never take another vitamin.

“More than that, we rejoice in our sufferings, knowing that suffering produces endurance, and endurance produces character, and character produces hope, and hope does not put us to shame, because God’s love has been poured into our hearts through the Holy Spirit who has been given to us.” —Romans 5:3–5

Sometimes out of suffering comes hard work, because that’s better than letting it come at us full-force without fighting back. It’s a terrible feeling to know that I have no idea when I’ll feel “normal” again, if ever. But I have to bear in mind that this won’t last forever.

Disappointment, failure, suffering–they’re finite compared to the infinite hope we have in Jesus. So when you feel like you can’t do anything about anything, just keep faithfully fighting. Because fighting gives you a chance at hope.